Direct Democracy: A time for change

Is it time to update our gold standard democracy? 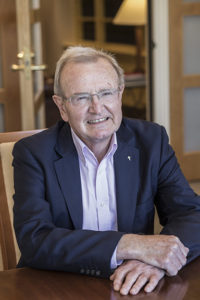 It is said that we shouldn’t forget that Australia has a gold standard democracy. But never before have Australians felt so oppressed by laws made by their so-called representatives without reference to them and without the prospect of the laws being able to be changed.

Under lockdowns protests were banned, social media censored and Parliament by-passed, and manipulated by the few. Covid has exposed the Australian federation to be deeply dysfunctional and government systems deeply flawed, with a resultant level of fear never experienced before, even at a time of war.

The gold standard was an appropriate description of what was created in 1900. But not today.

Ted Mack summed up the system’s structural defects in the following words:

“The centralisation of power within the major parties, the overwhelming of parliamentary government by the rigid party system, the negativism and person abuse inherent in adversary partisan politics, the domination of public decision-making by small elites, major party collusion depriving the public of choice , the now institutionalised ‘broken promise syndrome’ the failure of governments to be able to handle organised minority groups and undemocratic electoral systems where only by chance, or usually in spite of devious manipulation does the resulting government reflect the will of the people”

It should also not be forgotten that the Commonwealth Constitution only came into being after it was approved by popular vote in each Colony in the 1890’s. If we were “mature” to vote at a referendum then we are mature enough today.

One possible reform is to bring our democracy up to date with others by providing for Direct democracy.

Direct democracy was introduced in Switzerland in 1874 and has operated successfully there ever since. It has been progressively introduced elsewhere in the world, including the USA. It was part of the Australian Labor Party platform until 1963.

In every time the suitability of Direct democracy has to be judged. It is not a panacea that will necessarily work or continue to work. It requires hard work to find if it is suitable and wisdom how it should operate. But Direct democracy has the capacity to provide Australians with a direct method
to change laws, rather than solely relying upon their representatives to speak on their behalf.

Direct democracy would provide for a prescribed number of votes, usually 2% to 4%, to require the government to call on citizens for a vote on whether a particular law should be introduced, retained or repealed. The vote being in respect of a particular law and held at a time a political party is in office without requiring a fresh general election. For example, a public vote on whether state borders should be open. Not just a general “yes’ or “no” but with all the conditions thought necessary in a Bill for the new law which would supplement the constitutional freedom of movement over state borders. A majority of votes of citizens would be effective to bring the law into existence and with no power in the government to repeal it without a general election or after a fixed time.

Some may say in opposition to this reform that Australians will almost invariably vote “no” in a public vote, but this forgets the popular vote to bring Australia into existence. Any way as Professor Geoffrey d Q Walker has pointed out this is a general misconception. Two thirds of a public vote at a state level have been carried and at a federal level proposed amendments to the Commonwealth Constitution have not been passed but they were calculated to increase the power of the Commonwealth executive or legislative. The Professor points out that if one does not want to give more power to Canberra it is not the same as saying that Australians will always vote “no.” To reject referendums because they have resulted in a vote we do not like, is to reject Parliamentary democracy every time we do not like a particular vote of Parliament.

Direct democracy is a safety value, not the engine.

When called upon to act as a group responsibly they can be expected to act responsibly.

The Rule of Law is dependent on just laws being passed by the proper democratic process, not being manipulated under the façade of democracy.